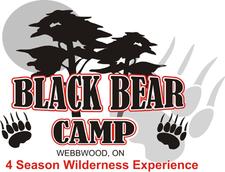 How do I get a big Northern Pike:

Of all the game fish you can catch in Ontario, Northern Pike are the easiest. Pike will hit just about any lure. The most popular lures for Pike are the "red & silver" and the yellow "five-of-diamonds" DareDevils. Pike also hit jigs, Rapalas and Thundersticks. The real question is how do you get a big 15 pound plus Northern Pike. There have been plenty of trophy Northerns caught on little tiny jigs but if you are only in the north for a week, you can't gamble with your time by trying to hunt down a monster with a few crumbs. You need to modify your attitude and get bold.

The big trophy Northerns are not feeding on bugs and little minnows. They are feeding on 1 to 2 pound Walleyes. A big pike will spend too much energy chasing little bits of food. With this in mind, it's time to look at your bait. Most bait stores will not carry 8 to 10 inch chub or suckers but that's what you need. Get some 4 pound test line and really tiny hooks and find a small stream. Walk down the stream until you come to a hole and fish for chub with a little piece of worm. Just about every small stream in Ontario has Chub in it and they are easy to catch.

A big chub on a traditional Kawartha Musky rig is how you catch the big ones. To make a Musky rig, you need two 12 inch steel leaders and two medium size treble hooks. Clip the hooks onto the two leaders. Then clip the two leaders together so that you have a hook at one end and a hook where the two leaders are joined. Tie your line to the eye of the top leader. Next you want to get a medium size float and put the float about 1 foot above the rig. With the end hook, put the hook through the bottom lip of the Chub. With the middle hook, hook the Chub at the base of the tail. Make sure you do not hook the Chub at the end of the tail or the fish will not be able to swim around.

Northern Pike like to ambush their prey. The perfect place for a big Northern to ambush Walleyes would be off rocky points, narrow sections of the lake or the mouth of a river. Your rig may be two heavy to cast. If so, slowly drive the boat over to your chosen strike area and drop the rig in the water. Unclip your bail and slowly drive away while letting out your line. Now just sit back and wait.

Play with your Bait:

Pike will play with your bait. It is not uncommon for a big Pike to hit and let go several times before the bait is taken. With this in mind you have to show some patience. Wait for your float to be under the water for at least one minute before you set the hook.

Musky and Northern Pike look very similar. Did you know that they are not genetically related. They look the same because they evolved in similar environments. Walleye (Yellow Pickerel) and the Yellow Perch are related even though they look very different. Then there is the very rare Blue Walleye or Blue Pickerel which has biologists disagreeing with each other. Some scientist say the Blue Walleye is a regular Walleye but it's color is altered by the acidity of the water in the lake and presence of certain minerals. Other scientist say it's a different species because you have yellow and blue Walleye living in the same lake. The logic being, how can the acidity only effect part of the population. I have caught Blue Walleye and it's my opinion that they are a different species.